The Mission of a Disciple 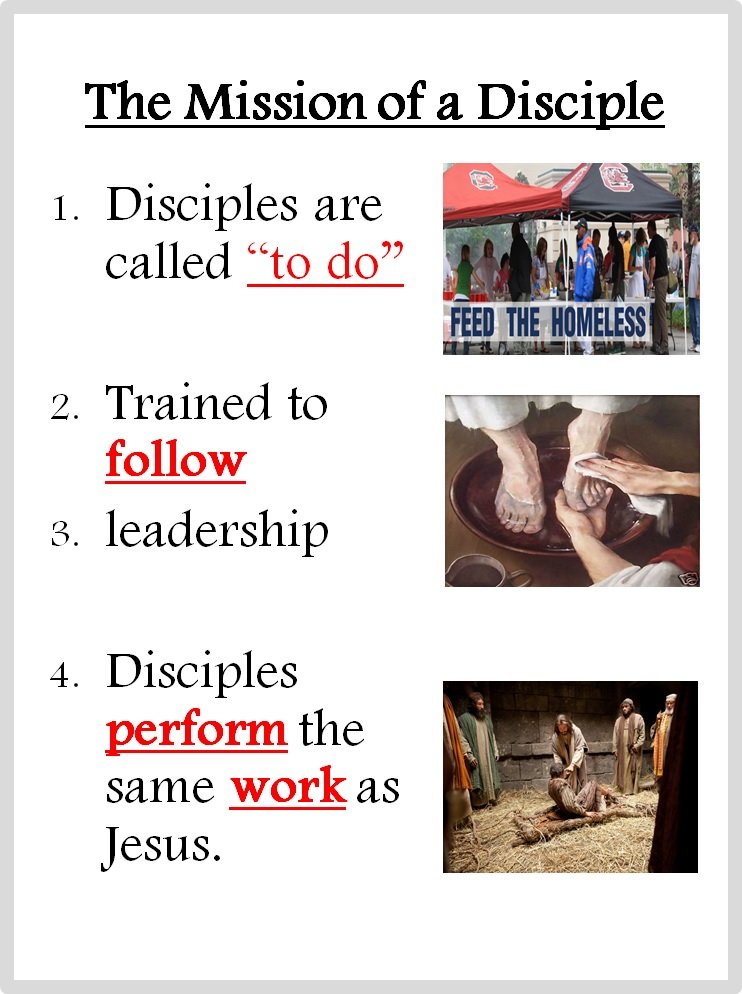 In order to understand the mission of a disciple, we must read St. Matthew – chapter 8 through 10.

The disciples are not just “to be.”  They are called “to do.”  The community of faith is thrust into mission.  A leper cried out and was healed (Matthew 8:2-4). A Roman officer, a centurion in charge of one hundred soldiers, asked help for a paralyzed servant.  Amazed at the faith of the Gentile soldier, Jesus remarked, “Many will come from east and west and will eat with Abraham and Isaac and Jacob in the kingdom of heaven” (8:5-13). The servant was healed.[/column] [/columns] [divider dotted]

After Jesus healed Peter’s mother-in-law, Matthew quotes the suffering servant passage from Isaiah 53:4; “He took our infirmities and bore our sicknesses” (Matthew 8:17).  The prophet Isaiah wanted a reclaimed and recommitted Israel to be in mission.  Jesus Christ activates that mission.  Keep in mind that Jesus not only heals, cleanses, forgives, but guides and trains the disciples to follow His lead.

Notice that the two demoniacs Jesus healed knew who Jesus was and called Him “Son of God” (8:28-34).

Next, Jesus did what only God can do – forgive sins.  The paralytic was healed.  Then, He called Matthew the tax collector to be a disciple.  At Matthew’s dinner party, amid criticism for eating with the tax collectors who were ceremonially unclean and were hated because they collected Roman taxes, Jesus was still claiming people:  “I have come to call not the righteous but sinners to repentance” (9:13).

Now watch:  The work of the Kingdom is designed to explode in magnitude.  Jesus said to the disciples, “The harvest is plentiful, but the laborers are few; therefore ask the Lord of the harvest to send out laborers into his harvest” (9:37-38).  Jesus actually expected the disciples to do the same things He had been doing!  At first they are to go only to the Jews.  Later they will go to the whole world.  “As you go, proclaim the good news, ‘The kingdom of heaven is at hand.’  Heal the sick, raise the dead, cleanse the lepers, and cast out demons” (10:7-8).

Imagine yourself one of the twelve disciples receiving those orders.  Describe how you might have felt.