The Baptism of Jesus & The Holy Spirit

The Baptism of Jesus 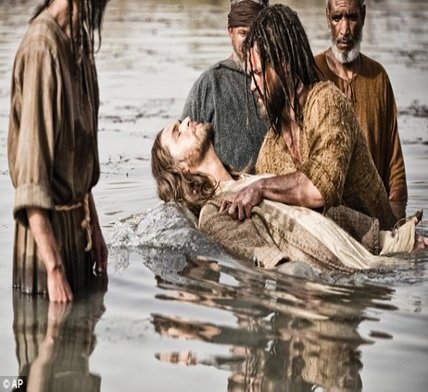 The baptism that Jesus received from John was unique in its significance and purpose.  It could not be like that which John administered to others, for Jesus did not make confession.  He had no

occasion to repent. – – Neither was it Christian baptism, the significance of which we shall consider later.  Jesus himself declared the main purpose and meaning of this event in His words, “thus it becometh us to fulfill all righteousness”.  It was an act of ceremonial righteousness appropriate to His public entrance upon His mission as the Christ… which included His threefold office office of

especially the second, for the essence of His redemptive work lies in His consecration as a Priest, the Great High Priest.

In this office He offered not “the blood of bulls and goats,” but Himself to put away sin.  It is this consecration to His redemptive priesthood that comes into clearest view in His baptism in Jordan.  By “fulfilling all righteousness” our Lord meant the righteousness of obedience to the Mosaic Law.  The Levitical law required all priest to be consecrated when they “began to be about  30 years of age”.  The consecration was twofold-first the washing (baptism), then the anointing.  When John on Jordan’s bank “washed” Jesus, the heavens were opened and the Holy Spirit came upon Him.  This was the priestly anointing of Him who was not only a priest by divine appointment, but an eternal priest and who was thus divinely consecrated for the work of redemption. The Baptism of the Holy Spirit

This momentous spiritual operation is set forth in the New Testament as the basis of all the believer’s positions and possessions in Christ.  The operation is prophetic in the Gospels.  The Spirits’ baptizing work, placing the believer “in Christ” occurred initially at Pentecost at the Advent of the Spirit, who baptized believing Jews “into Christ.”  In Acts 8, Samaritans were so baptized for the first time.  In Acts 10, Gentiles likewise were so baptized, at which point the normal order of the age was attained.

Now, according to the clear teaching of the Epistles, every believer is baptized by the Spirit into Christ, the moment he is regenerated.  He is also simultaneously indwelt by the Spirit and sealed eternally, with the privilege of being filled with the Spirit, as the conditions for filling are met.  No subject in all the range of Biblical theology is so neglected, on one hand, or misunderstood and abused, on the other, as this.  The baptism of the Spirit is widely confused with the regeneration and with the indwelling, sealing and filing ministries of the Spirit, as well as with water baptism and a so-called “second blessing.”